What is Sleep Apnea?

Sleep apnea is a condition marked by abnormal breathing during sleep. People with sleep apnea have multiple extended pauses in breath when they are asleep. These temporary lapses of breath result in lower-quality sleep and also negatively impact the body’s supply of oxygen, leading to potentially serious health consequences.

What are the Symptoms of Sleep Apnea?

Sleep apnea is one of the most common sleep disorders in the United States. It is estimated to affect between 2-9% of adults in the United States, but many cases are believed to go undiagnosed. One of the reasons why sleep apnea is so difficult to diagnose is because the symptoms only occur when someone is asleep. Snoring is one of the most common symptoms of a sleep apnea disorder, but there are other signs you may notice during your waking hours. Sleep apnea can lead to sleep deprivation from constant nightly interruptions and shallower overall sleep. Lack of sleep is associated with far-reaching health consequences that affect a person physically, mentally, and emotionally. Its no surprise that sleep apnea has been tied to diverse health problems. Because of the dangers associated with sleep apnea, contact us immediately if you are experiencing any of the following symptoms:

If you’re familiar with sleep apnea, you’re probably familiar with continuous positive airway pressure therapy (CPAP). However, many people who use a CPAP machine to address their sleep apnea find it difficult to comply with the treatment. CPAP machines may be noisy and uncomfortable. As an alternative to CPAPs as a treatment for sleep apnea, Dr. Ward offers custom oral appliances that are designed to keep the airway open while you sleep and are less invasive than CPAPs. Getting the right treatment that you can use with consistency will help you receive a more quality sleep and feel better during the day, leading to an overall better quality of life. 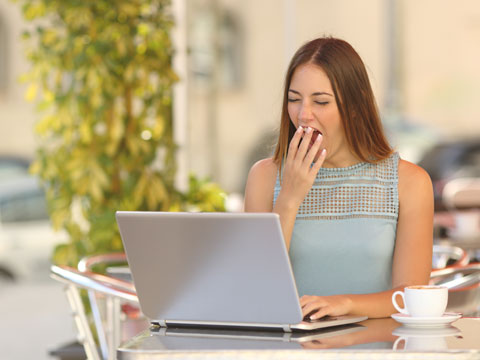 Be sure to contact Southern Dental Associates in Advance, Lewisville, or Wilkesboro, NC to schedule an appointment today.
Request Appointment
Back to Services
Testimonials

What Patients Are Saying

“I am so HAPPY I found an office my entire family can be seen at! I love that while my husband and I are getting our teeth cleaned, their BOARD CERTIFIED PEDIATRIC DENTIST can see my children at the same time! Perfect for busy families! From the moment you walk in the door, you feel like you're family here! The providers take amazing care of us and the business team always has a smile on their face! We love SDA!”

Lewisville Dental Patient
"I absolutely love this practice! Dr Ward is awesome and the girls at the front desk are friendly. My granddaughters see Dr Shobe and they love coming to the dentist!"

Wilkesboro Dental Patient
"I can honestly say that I always have a good experience at the office in Wilkesboro. The Dentist and the associates are so friendly, caring and knowledgeable. I know I am going to get taken care of in a professional and timely manner. I appreciate everyone in this office."

Wilkesboro Dental Patient
"I've been a patient at Southern Dental for several years now. I have had no complaints. Great team. They get you in and out as quickly as possible. I hardly ever have to wait and they are kind and courteous even at the front window. Nice people, nice setting, nice results. Couldn't ask for more."

Wilkesboro Dental Patient
“This office does a great job at making you feel right at home! You are greeted by friendly, smiling faces as soon as you walk through the doors. The staff and doctors do an excellent job at explaining everything from the procedures all the way down to insurance payments. I am so thankful to have found such a wonderful group of dental providers!”

Lewisville Dental Patient
"My kids have been using this practice for several years and they have been amazing with them. Even my special needs child remains calm. I however only recently began using them for myself. I have an incredible phobia of going to the dentist. It's embarrassing but I went 20yrs without dental care due to my fears. I had a medical issue arise that can affect my teeth so I had no choice but to start care. I explained my fears to the receptionist and she immediately said Dr.Liner would be the best for me as he is so gentle and patient with people like me. And he really is. Since it had been so long, I needed a 4hr deep root cleaning and one tooth pulled. He made sure I was comfortable and the hygenist frequently made sure I wasn't feeling anything. It took a few visits to get everything corrected but I have no hesitation going to the dentist now. I'm actually starting the process of Invisalign and I'm so glad they now offer it because I will not go to another practice. The whole staff has been so accommodating and up front with estimates. Sometimes the estimate is wrong and I owe more, but that's what an estimate is. It's not a firm price. It's an estimate of remaining charges after insurance is filed. I wish I could remember the names of everyone I have dealt with but Dr.Shobe, Dr. Liner, Niki, and Sharon are the ones I speak with most frequently but the staff as a whole is great. Don't bother going anywhere else. You won't find better medicine or customer service at another practice"

Wilkesboro Dental Patient
“Everyone I encountered was wonderful. I felt welcomed and appreciated. I never felt like just another patient. Staff went out of their way to be accommodating and helpful. I got the feeling that the staff genuinely like each other and worked well together. Having a medical background makes me recognize and appreciate really good patient care. YOU GUYS ROCK. Thanks to each of you for making my first visit so pleasant.”

Lewisville Dental Patient
"Never thought I'd say, "I'm looking forward to my next dental appointment." But I actually am since it's at Southern Dental Associates in Lewisville. The hygienists and office staff that work with Dr. Carter Ward are simply phenomenal. So friendly and helpful. They always do their best to make sure I'm comfortable and well informed about what procedure they're performing and any new equipment they may be using. From the time I walk in the door to the time I leave with my next appointment reminder in hand, I feel like I just had a cherished visit with old friends"

Wilkesboro Dental Patient
"I had a dental emergency for my 9 year old son and they took such great care of him, accommodated us, helped make sure he felt no pain and calmed his anxiety. They are all very friendly and caring. We even drive over an hour to go to Southern Dental for pediatrics and adult dentistry."